Filming horse riding on a beach in Carmarthenshire.

One of the promos we did for the Year of Adventure campaign, which has proved very popular, is the one we did with horses on a beach in west Wales.  I thought I’d take this opportunity to explain how we filmed it. It’s a bit more complicated than you think. Here it is again if you haven’t seen it http://bit.ly/2gVRrn0

But before we explain the shoot we faced some interesting geographical, topographical and gravitational challenges that had to be taken in to account.

We filmed it at Morfa Bychan, a cove that is to the west of the giant Pendine beach and is accessible from a lane west of the village. However you can only get a vehicle on to the beach from the Pendine beach side at low tide.  And we needed vehicle for this shoot.

This presented us with a challenge. Not only did we have to have sunny weather (a given really) but we also had have favourable tide times that fell in daylight hours, not easy when your filming in winter. To film speeding horses we had to film from something that could move at equal speed and was open to capture all angles. So we chose a flatbed truck strapping the camera and the camera operator in to reduce any risk of an accident.

Firstly we had to get a vehicle around the headland when the tide was low enough. It gave us around a 3 hour window to get the filming as well as the drone shots done. Not easy when your dealing with horses and filming from a moving object at high speed!

One thing that helped is that Wales has one of the biggest tidal ranges in the world. Pendine has a range of 7.7 metres in other parts of the south Wales coast its 14m metres only second to Canada! When the tide goes out in Pendine it really goes out especially at a Spring tide. So why are tide heights so vast on the south Wales coast?

Well there are a number of factors. Firstly and most commonly understood is the gravitational pull of the moon on the earth’s oceans. so when the moon lines up with the earth, either in a full or new moon, the pull on the oceans is greater, which is why we get the larger, spring tides.

But this doesn’t explain why South Wales has the second highest range in the world while in other parts of the UK it’s a lot less. Ok it’s partly down to amphidromes! These are fixed points around the world which the water rotates.

Imagine you fill a saucepan with a little water, and swill the water in a circular motion. The water on the outside of the pan is moving a lot more than the water in the middle. This is roughly the same as what  happens around an amphodromic point. So a coastline located at the centre of a point, like Tahiti, will experience almost no tidal range at all. Somewhere situated on the edge of a point’s rotation, like the UK, will experience a far greater tidal range. Voila! Well not quit!

South Wales is also topographically perfect for a high tidal range.  The funnel effect caused by the Bristol Channel and the extremely flat sea bed are the two main factors here. Water pushes up the channel, and encounters very little resistance before it meets  the south Wales Coast. In fact, there’s only one place in the world where the conditions come together to create a larger tidal range that’s The Bay of Fundy in eastern Canada  between New Brunswick  and Nova Scotia.  We loved filming these horses. If you want us to film horses again please get in touch! Find out how it all went in the next post… 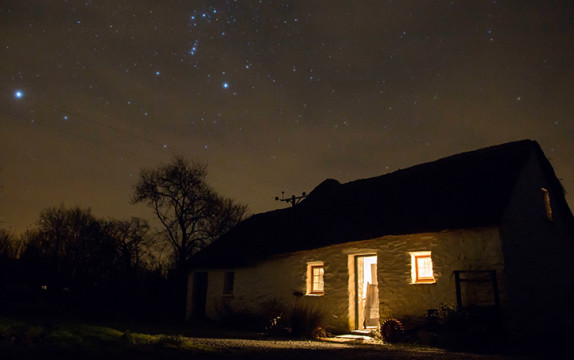